White men (and women) can jump

Just this morning I had a great conversation with the COO for a Fortune 500 company and as often happens, I was asked about the trend towards diversity. He had made the observation that his leadership team had become too white and too male and he thought it was a good time to add some ‘diversity’.

Since my company has a reputation for helping hire strong, diverse teams, I think he expected me to be excited about his awareness on the topic. However, my first response was to ask him how he defines diversity and what he sees as the real benefit to the business, aside from good PR opportunities.

After a brief pause, he admitted he wasn’t sure about either. I would say his honesty on the issue is probably a key reason why he is one of the top global COO’s.

While I can’t share his side of our conversation I can share the key points that he found most helpful.

And I’m excited to bring this same insight into our Uprise Festival workshop and panels in Amsterdam this week.

White men can and should be part of your diversity initiative.

As an expert in the field of applied HR technology, we take a firm but sometime controversial stand that white men should also not be discriminated against. Diversity comes in many shapes and sizes and unfortunately the view of it is often narrowed by gender and ethnicity. Consider the Diversity diagram shown below. This demonstrates graphically how religion, sexual orientation, political views and many other attributes add a layer of diversity that is equally important to those more commonly focused upon. 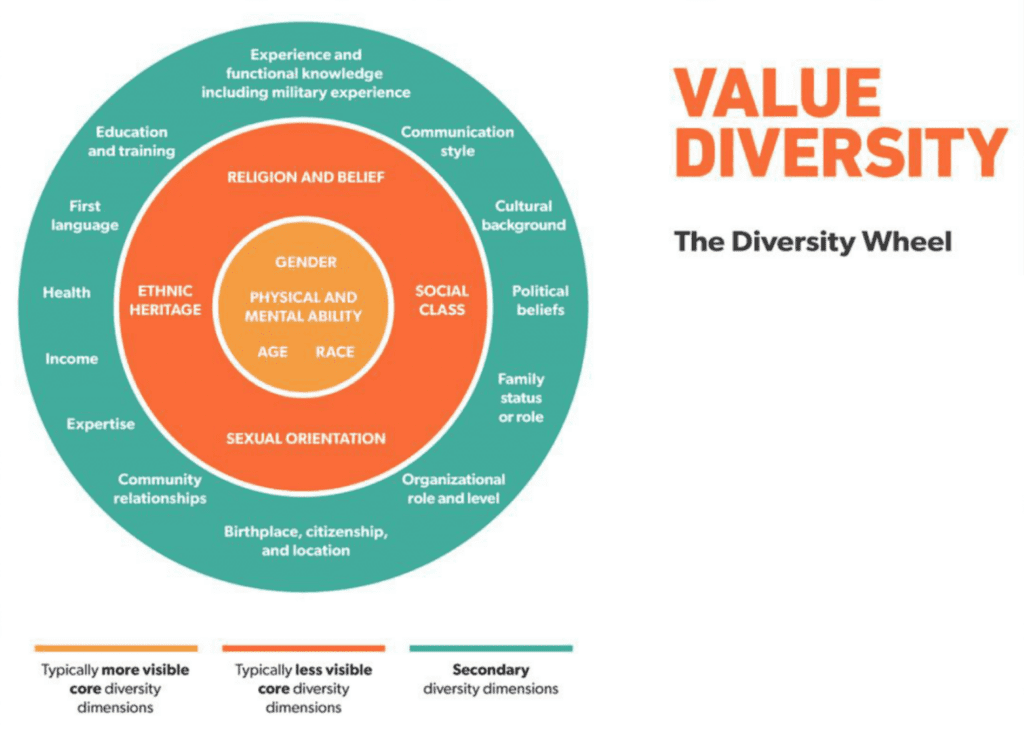 Hiring more women will not ensure you have the benefits of diversity.

As a woman owned business, we are happy to hear that so many businesses are seeing the benefits of having women join their organization, but if these women are not accepted, encouraged and mentored into leadership roles, then the diversity benefits sought are unlikely to be realised. This is detrimental to the business, the individual and the customer. It can also severely skew data reports that attempt to demonstrate the effects on ROI from “diversity hiring”.

It’s obviously easier, in the short term, to hire people that are like the others in your team. But in the long term it is likely that you will notice that there is lower productivity, less creativity and reduced engagement. There are a number of reasons why this occurs but the short answer is that diversity creates friction; and friction managed properly promotes a higher level of understanding, empathy and compromise. When your internal team rises above this friction, the end product is much stronger and more representative of what the customer wants and needs. If you aren’t making your customer happy, you won’t have a business for long. If your team can accurately predict what the customer wants then your time to market is faster and you can achieve the strongest metric…organic growth. This is where you will see the real ROI realised.

Following two years of intense research and development alongside University of Cambridge PhD’s, leading machine learning and algorithm developers and more than 50 people from all over the world, some who were poorly educated, I can honestly say that we too have been uncomfortable at times.

Because of the research, we were always mindful of the real work that was being achieved in those moments of discomfort and we pushed through due to our shared vision that we articulate as “replacing job search with job service”.

The last two years have made me a true believer in the power and ROI of legitimate diversity within an organisation.

We all bring bias, both conscious and unconscious, to any decision we make. Unfortunately, I am no exception. But I challenge myself, the leaders in our business, and our partners to always strive to be more honest and more open-minded about the process, the struggles and the achievements around diversity.

Return on investment can be measured many ways but I knew we were on the right track the day after the 2016 ISIS attacks in France. I had a young Muslim woman intern working with us and she had become friends with our French head of design; both of them being young “millennials”. When they saw each other the following morning the first thing they did was hug each other and hold each other tight. There was no judgment. There was just mutual respect and empathy between them.

They taught our entire office a bit about how to handle tough moments and their diversity made it all the more impactful. In many ways it was a turning point for our team and resulted in an even greater level of understanding that has now gone into the development of our product and platform.

Internal predictive testing increased from 73% accurate to 92% accurate since that day. I can’t prove it is a direct correlation but I don’t think this is a coincidence.

This is the type of ROI that can’t be bought, but it can be cultivated through diversity… ThisWay.

Written at the 2016 Amsterdam Uprise Festival